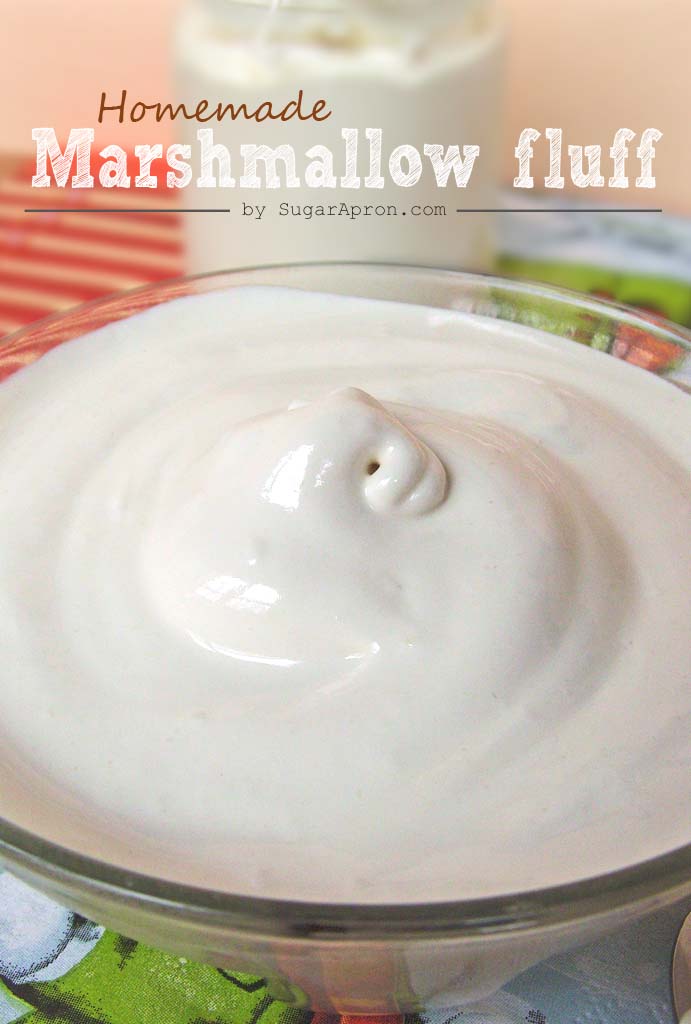 …Things heat up in the sauce pan and two of the ingredients hit the Truth Booth… Will they be a match?….
– find out on Homemade season 1 episode 2
Does this sound familiar to you ?
No, you are not wrong! If many television producers can make multiple seasons to their series, why couldn’t I make a few episodes or seasons to my recipes? As I mentioned in the previous episode, I’ve decided to share my simply Homemade Alternatives to Store-bought products with you all, and today on the list is homemade marshmallow fluff. Have you ever had a homemade marshmallow? Well, you should, and as soon as you can.

Homemade versus store bought marshmallows are like homemade vs. store cookies. Or homemade vs. store caramels…. Or muffins. You get the idea. Homemade marshmallows are smooth, glossy, creamy, fluffy, and taste like food, not chemicals. And since marscmallow creme doesn’t have to set like marscmallows do, you can be spooning this stuff into your mouth straight away – sorry…typo, using it in a recipe. 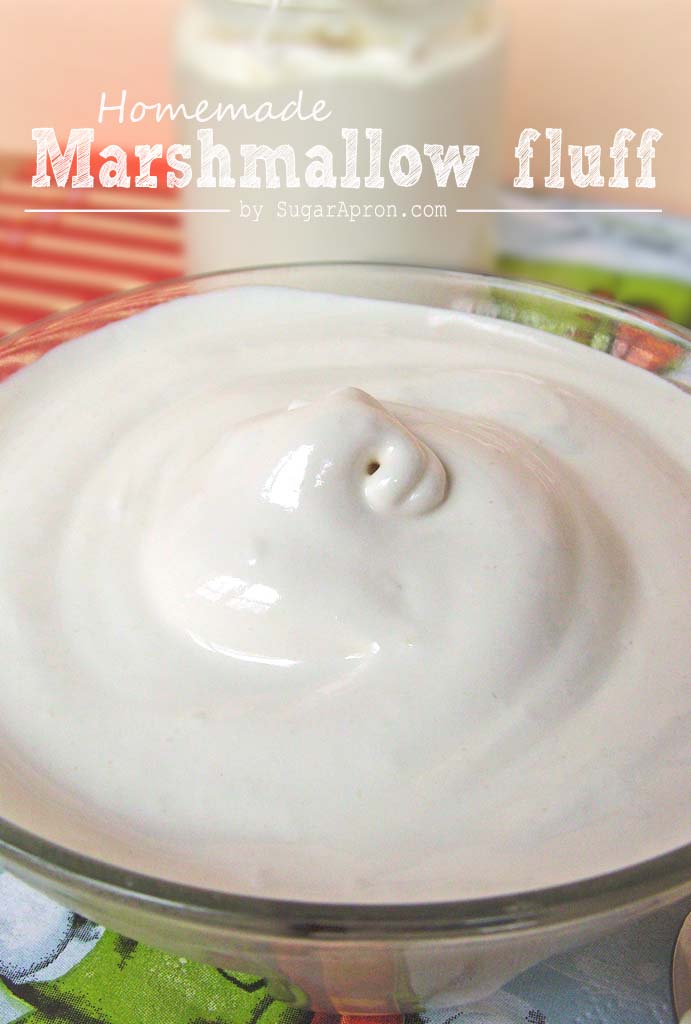 1. Beat egg whites together until light and frothy using an electric stand mixer with the whisk attachment. With the mixer running, slowly pour in 2 tablespoons sugar; beat until soft peaks form. Set aside.

2. Combine sugar, corn syrup and water in a small saucepan over medium-high heat. Boil together until a mixture reaches the firm-ball stage and candy thermometer reads 240°, about 6 minutes. Immediately remove from heat.

3. Turn mixer onto low and drizzle the syrup along the side of the bowl slowly combining it into the egg whites. When all the syrup has been added turn mixer up to medium high and beat for 7 minutes until thick and glossy. When there is about one minute left add in the vanilla.

4. Allow to cool, spoon and store in tightly sealed jars in the refrigerator up to a month.