This Bacon-Wrapped Potato Bites will be sure to score a touchdown at your Superbowl party! 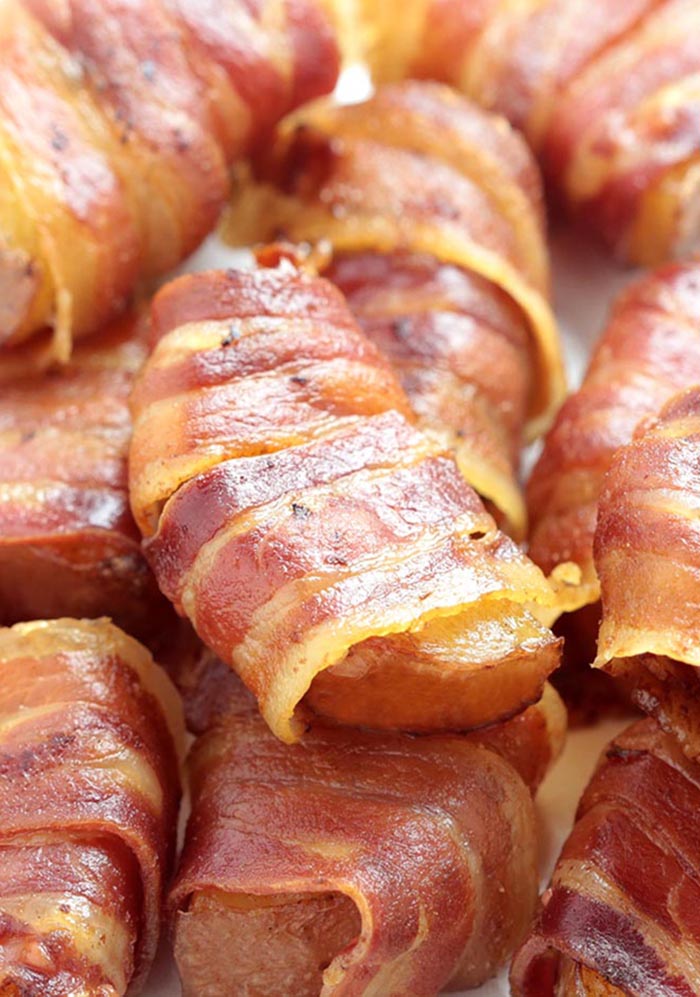 Valentine’s Day is fast approaching and my husband won’t stop talking about the Super Bowl, and how he will organize Superbowl party at our place.
In other words, he’s going to invite all our friends to football and beer party ! And I keep rolling my eyes at him because I have dinner, theatre or a whole-day shopping expedition on my mind.
I point out to him that it is going to be February 14th soon, but it’s like I’m talking to a wall! ugh…You know what i’m saying.
I kept trying to talk to him about a romantic dinner, but he wouldn’t put down his phone and kept telling Super Bowl stories.
I’ve had enough! I left him to be alone. His friends were about to come. I knew he would have to prepare some food, but never mind… He’d manage it easily. 🙂

I wondered around cold streets and thought about how much Dan liked watching Super Bowl, which is played only once a year, and as soon as it was over it wouldn’t be too late to make arrangements for Valentine’s Day. When I got back home, I witnessed a heated atmosphere. And what else would you expect from men who like beer, bacon and live for football?
In addition to drinks on the table were Bacon-Wrapped Potato Bites. Dan had found the easiest, fastest and tastiest solution. Tasty little appetizer which is ready in a minute!
The game was still on…They didn’t even notice I got home. I sat and grabbed a plate with Bacon-Wrapped Potato Bites, and told myself: “Since I can’t do anything, at least I’ll join them!” 🙂 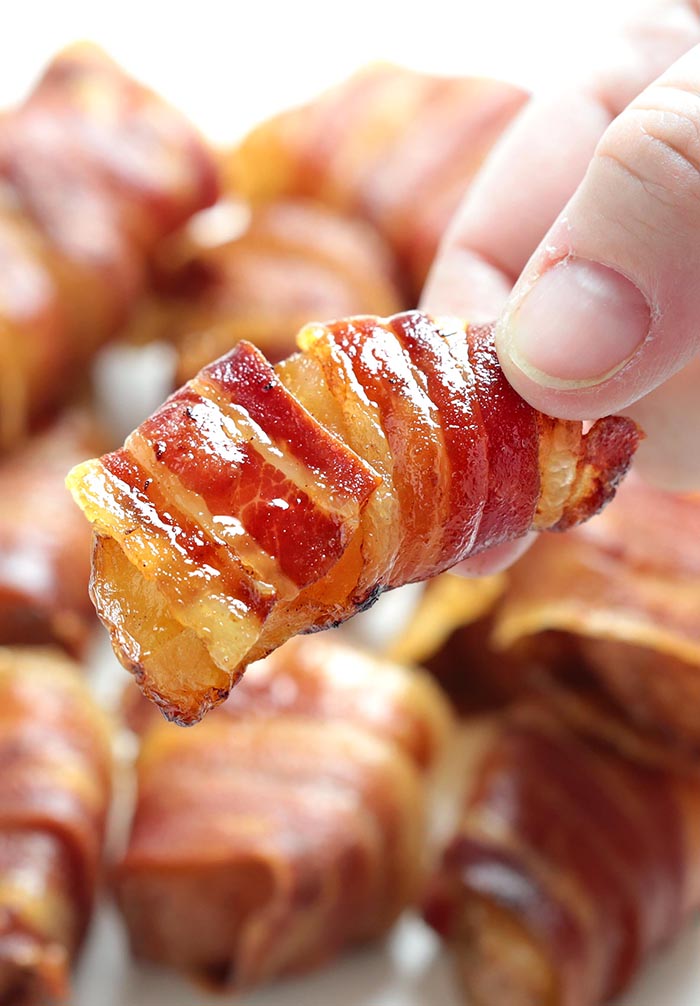 The most amazing potato wedges ever. It’s so good, you’ll want to double or triple the recipe!