The ultimate in comfort foods. Thick, rich, creamy potato soup that’s ready in less than an hour, any night you want it. YES. Sure to warm your heart from the inside on even the coldest winter night. 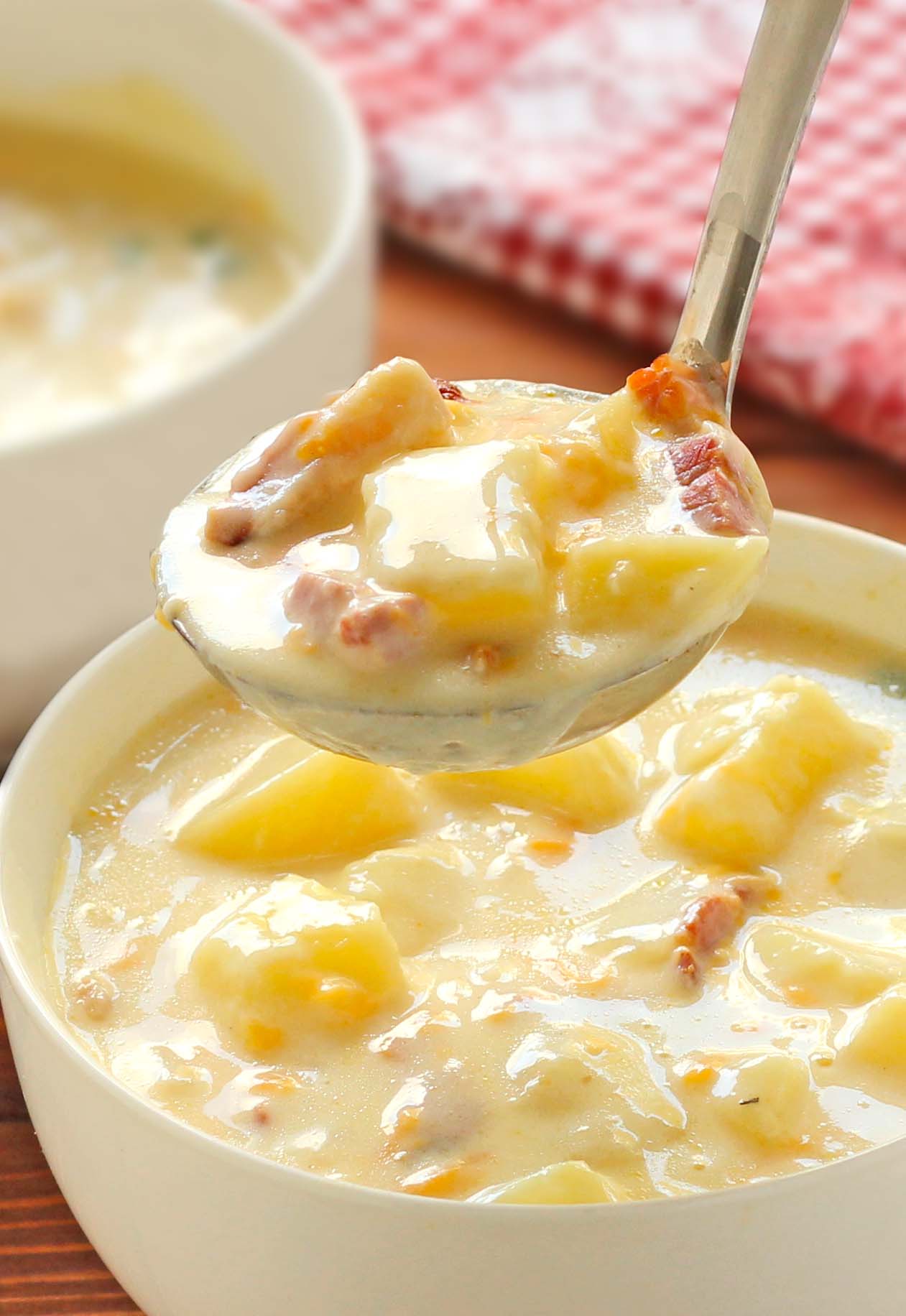 Do you like to eat potatoes? And how many ways do you know to prepare it?

Let’s go back a bit in history.
Potatoes are foods many generations have grown up on. Van Gogh painted his first masterpiece “The Potato Eaters” in 1885. In this painting, he presented the family of peasants, sitting down and eating their hard-earned meal after a long day out somewhere in the field. The picture is symbolic and the painter here glorifies work and food that man honestly earned. Their faces and their hands were the color of beautiful, dusty potatoes.
Potatoes! There are at least a million ways to spin ’em, so believe it when I say that narrowing all of our beloved potato recipes down to 25 was a challenge. 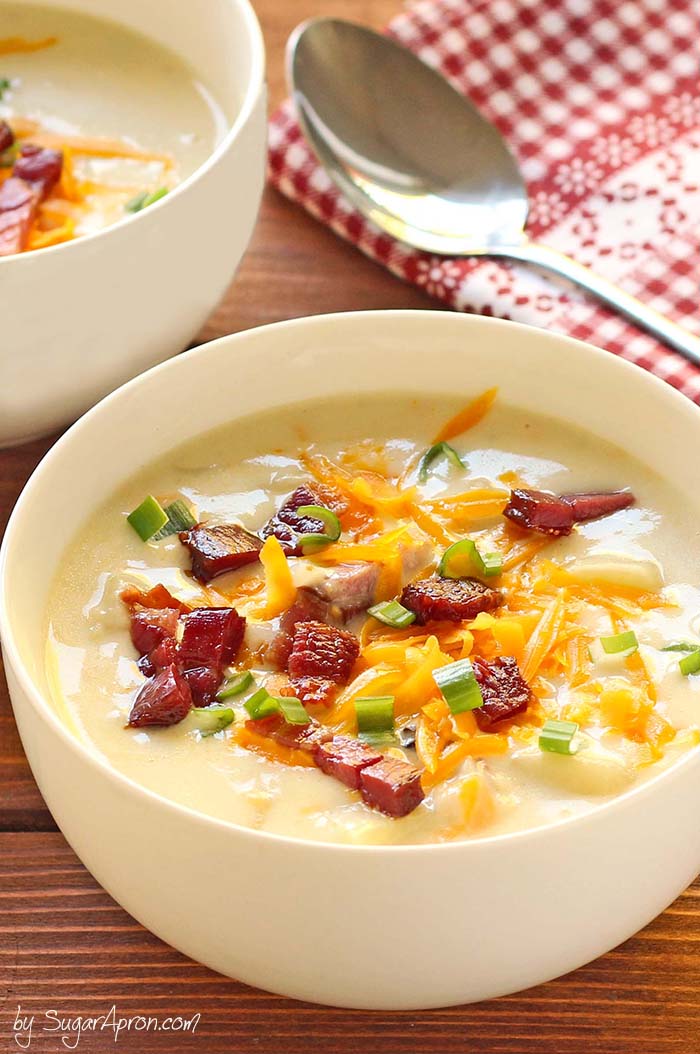 I love soup and lately I prefer them. When the time comes to eat comfort food, it feels good to make potato soup, but not just any potato soup. A Creamy Potato soup. For those who like bacon and cheese!  And luckily my darling thinks the same so he doesn’t complain.
The taste is phenomenal, potato gives the necessary density, and I would say that the secret ingredient, which raises the taste and quality, is the bacon – “to smell good” and gain the “intensity”. 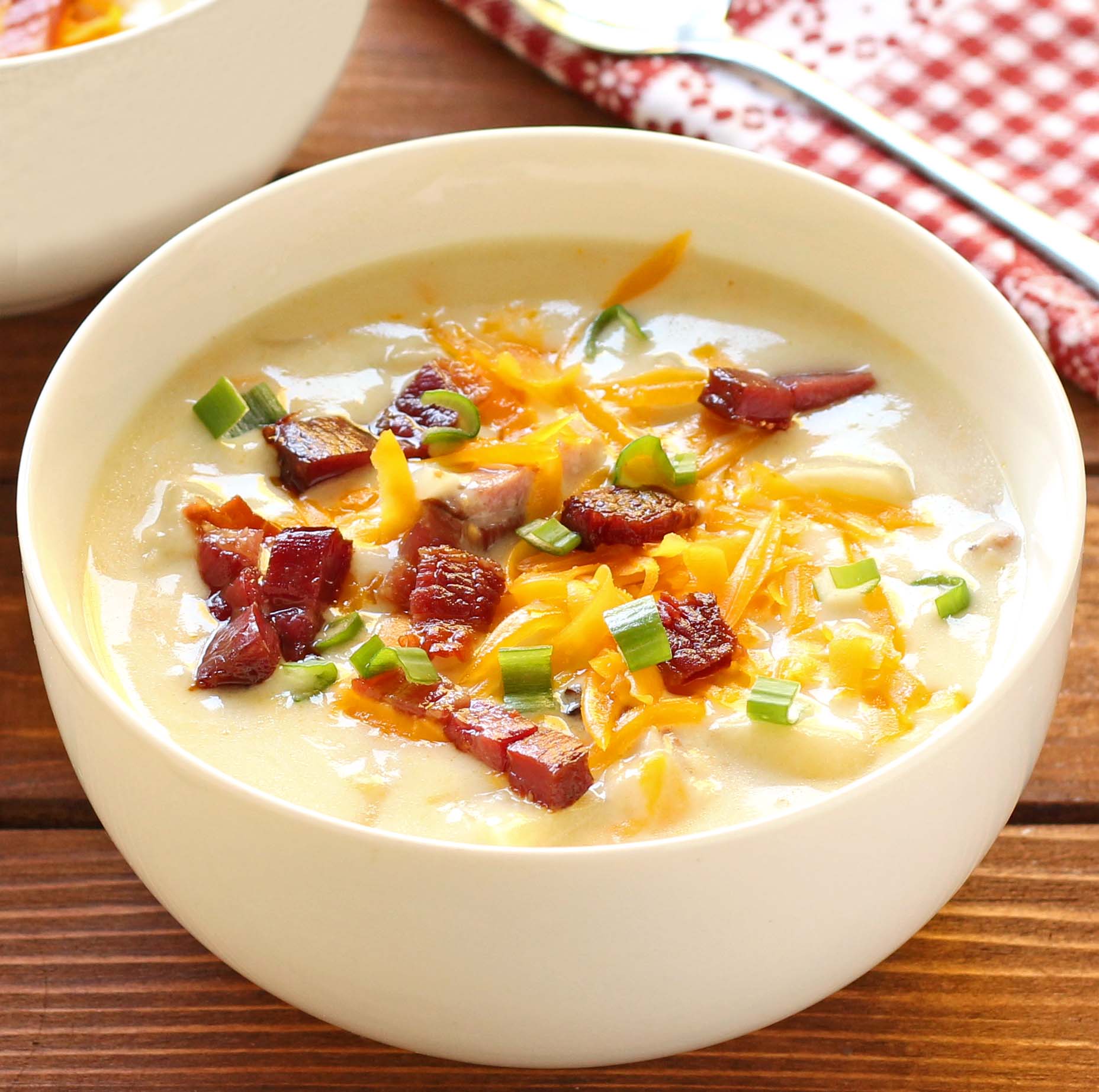 But you will agree that the most beautiful potatoes are those which our grandmothers prepared, right?