Pumpkin Pie French Toast –  All of the flavors of pumpkin pie in French toast form. A perfect fall breakfast ! 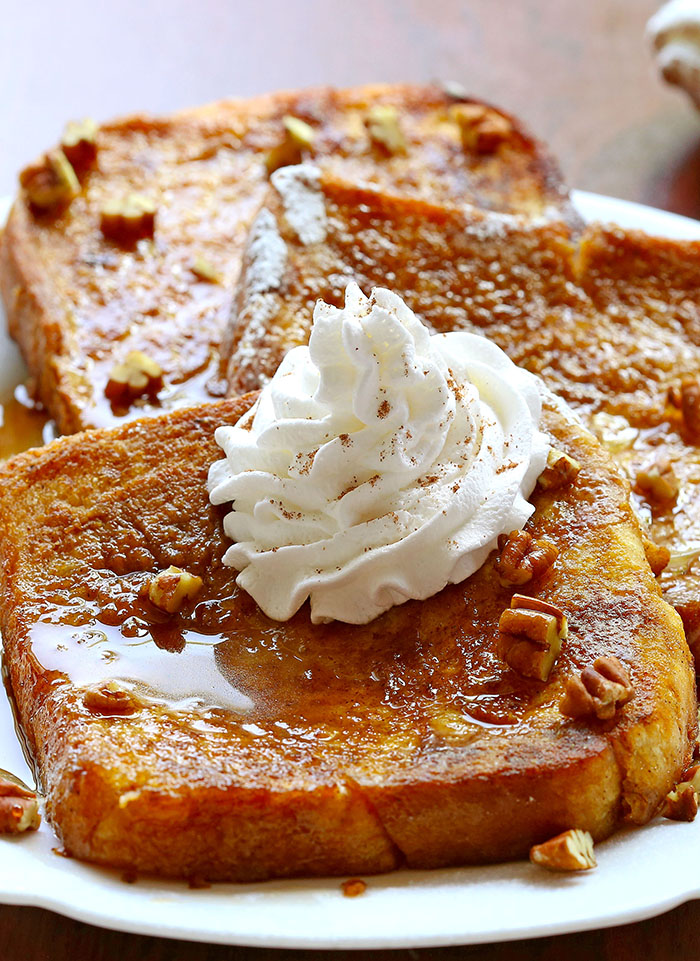 If you love pumpkin pie and are tired of waiting until Thanksgiving these french toast is the perfect way to get your fix.

This Pumpkin Pie French Toast has become one of our family’s favorite breakfasts.  Each and every time I so wish I’d doubled this recipe while I was making it.  Tripled, or quadrupled even!
It’s simple and quick, and made with real pumpkin! 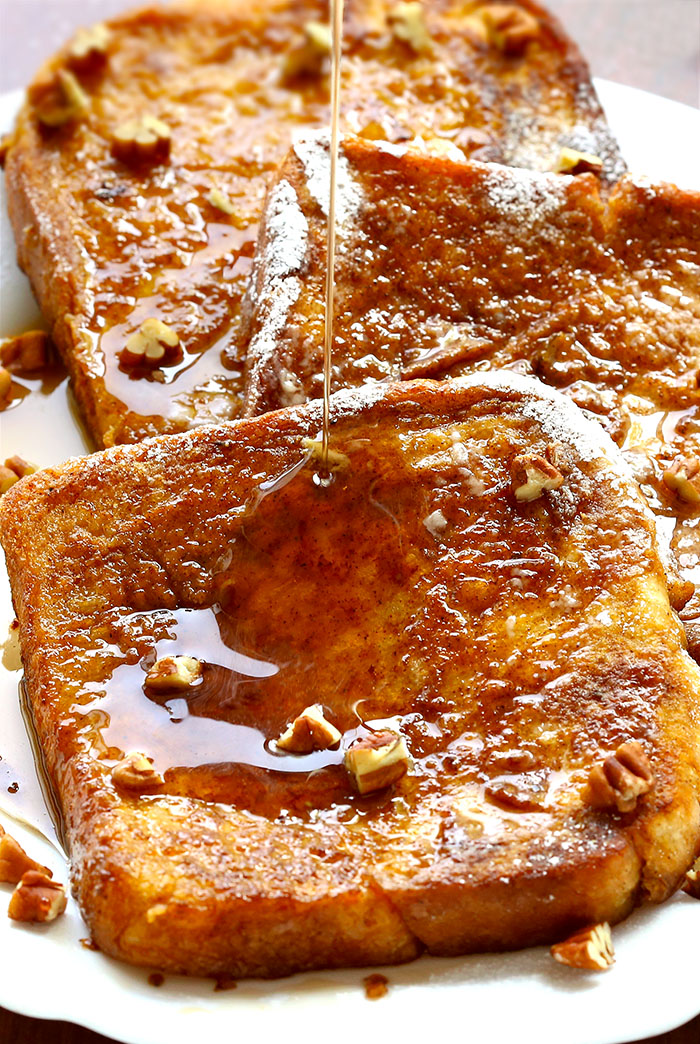 French toast is known by numerous names: eggy bread, pain perdu, German toast, gypsy toast, poor knights, torrija, etc.
Regardless of what you call it, French toast is essentially bread soaked in egg-milk mixture and cooked until golden brown.  It is usually served with maple syrup and a side of fruit. 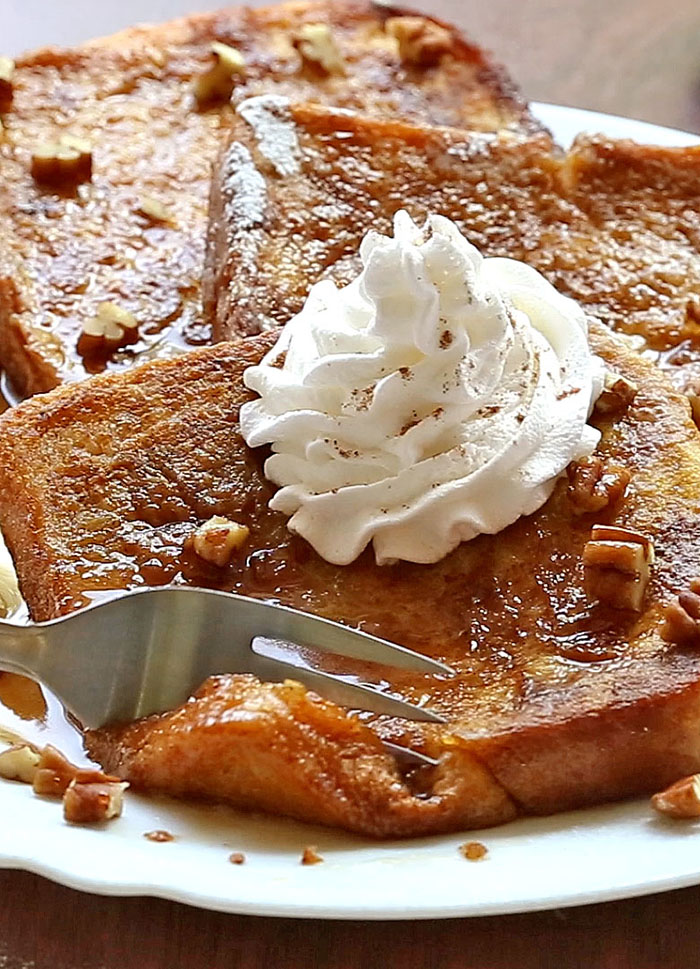 Then make French toast as you would.

The eggs, milk, pumpkin and spices. 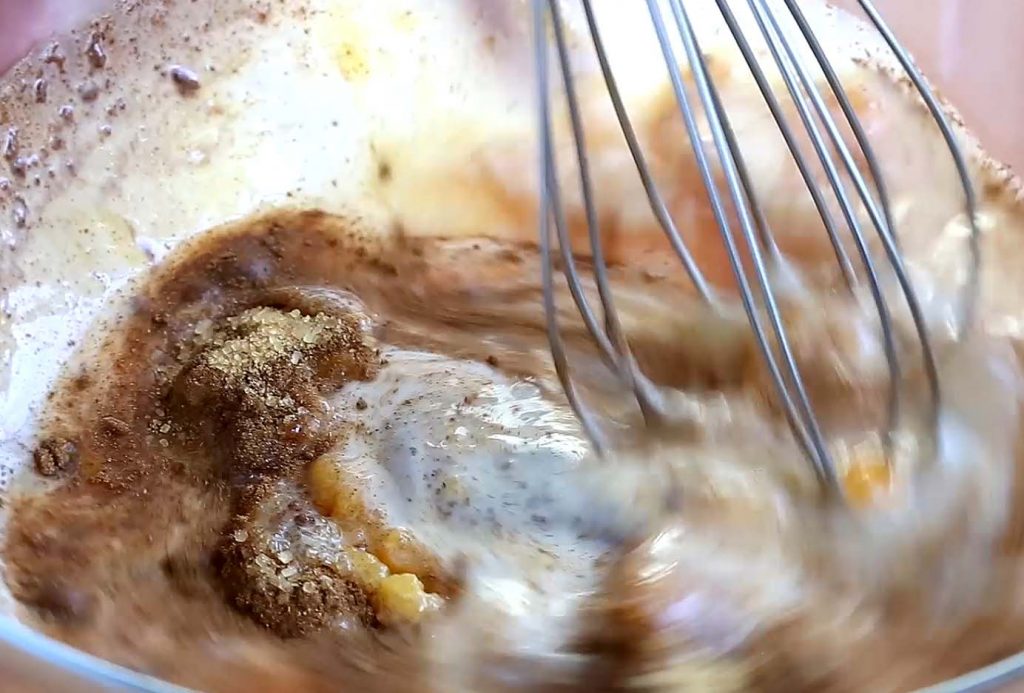 It will be thick. (don’t worry, they will cook just fine.)

Cook in skillet or on griddle. 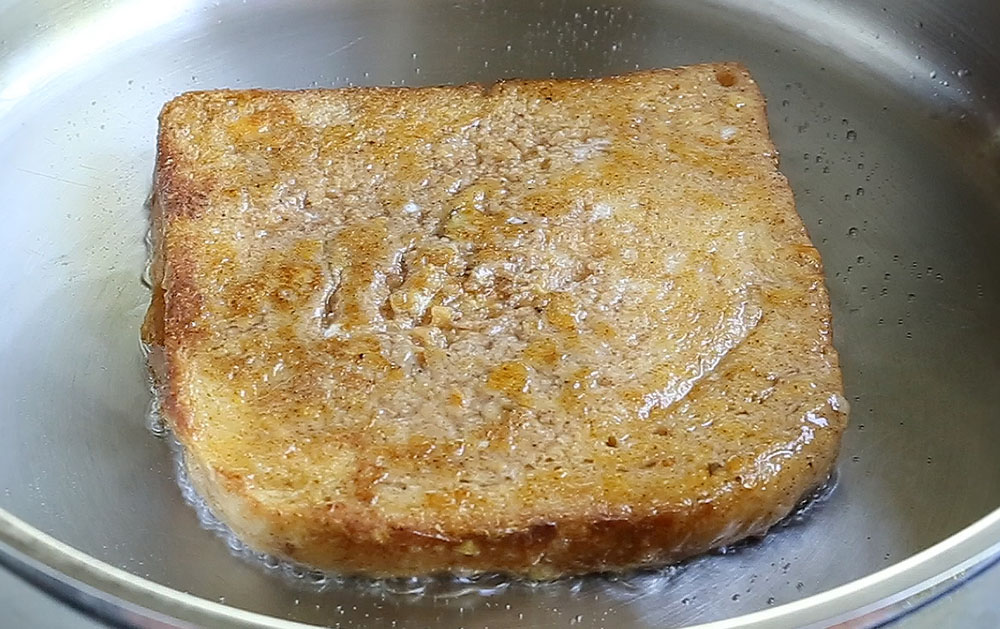 Greased. Well greased. Grease in between batches too.

The flipped side with some drizzles of maple syrup.

They freeze beautifully and the kids got to enjoy them for lunch a few days later!

Tip :  Make sure you use butter on the skillet when cooking the pumpkin french toast, and in between batches too) The pumpkin mixture is very sticky,  and the butter adds flavor and keeps the french toast from sticking. 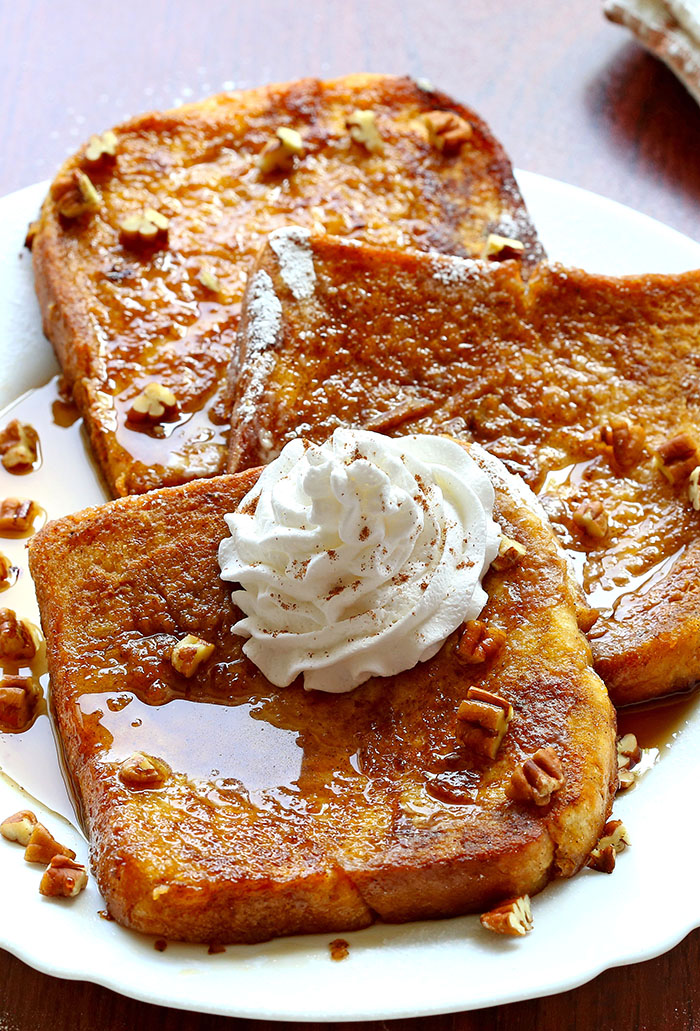 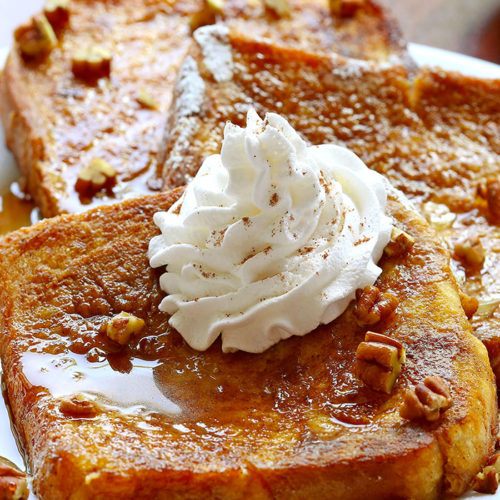 Keyword Breakfast, French toast, Pumpkin, Thanksgiving
Tried this recipe?Let us know how it was!