Put all the dough ingredients in a mixer.
Mix them until the dough becomes uniform. (it was easier for me to mix by hand, though).
Wrap in plastic while you make the filling. 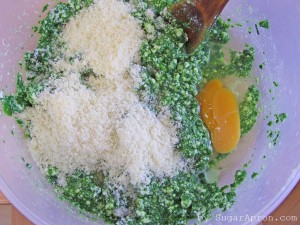 Squeeze the boiled spinach in order to eliminate the water.
Cut it with a knife, then mix it with the ricotta cheese.
Next, add the egg, Parmesan, salt and pepper and other seasonings.
Mix well. Set aside briefly.

Unwrap your dough from the plastic and divide it into two equal parts.
Using a rolling pin, roll out each dough ball to create two circles 12-14 inches in diameter each.
Place the first circle of dough on a baking paper and spread some bradcrumbs on it. 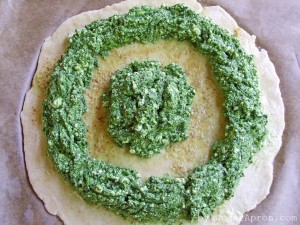 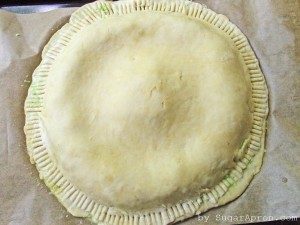 Cover with the second circle of dough.
Seal the edges with your hands(with a little water), and then use a fork to press. 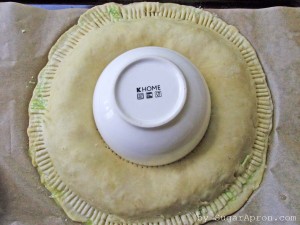 Place a small bowl in the middle of the pie and press lightly to make an indentation. Prickle with a fork all around. 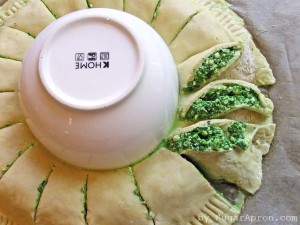 Cut the dough into pieces approximately 2 in. thick, keeping it attached at the center. 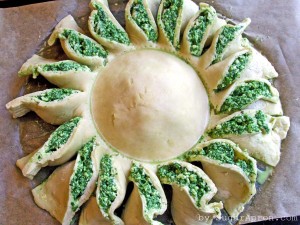 Twist each slice and continue until each slice is twisted, exposing the filling.
Bake the spinach pie at 350 for 30 minutes or until golden.