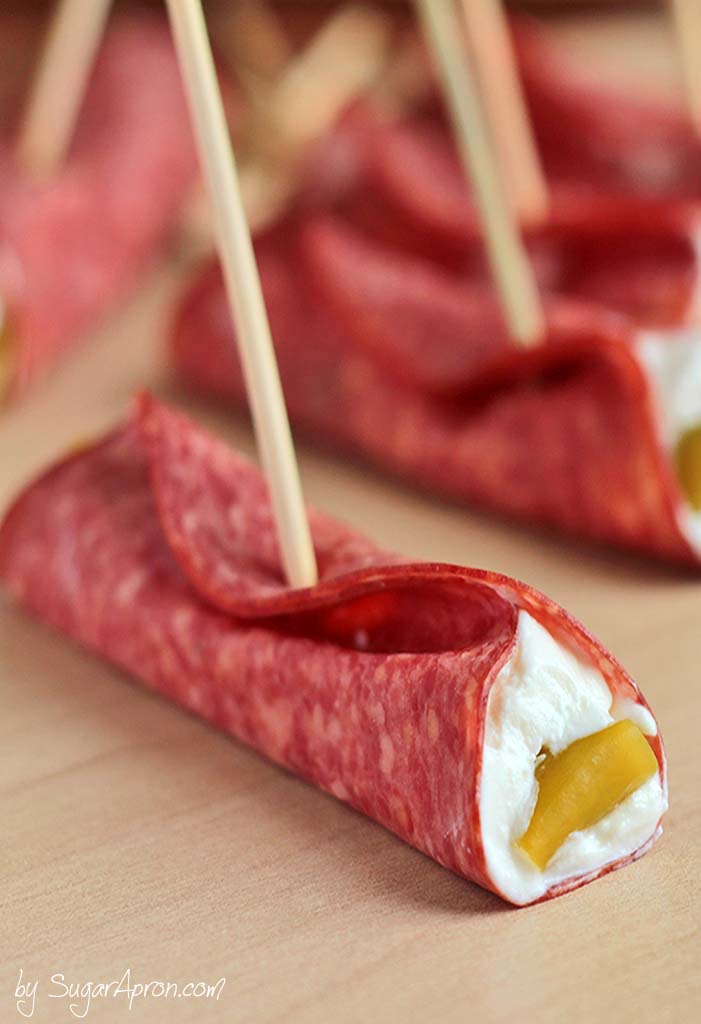 Helloooooo !!! Salami Roll-Ups with cream cheese and peppers ??
Does this sound familiar to you ? No, you are not wrong!

I must be honest, the first part was good, many of you liked Salami & Cream Cheese Roll-Ups,  judging by your lovely comments and Pinterest, Google+, Facebook and other social media shares. And I came up with the idea, if many television producers can make multiple seasons to their series, why couldn’t I make a few episodes or seasons to my recipes? 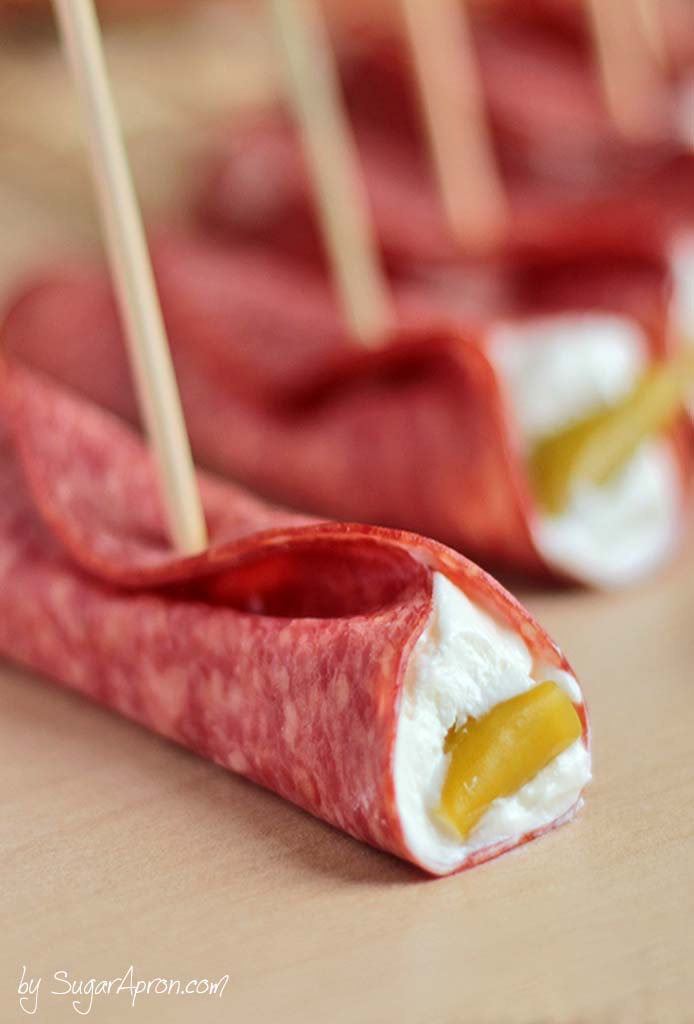 So, If you read the first part, you know that there are pretty much the same cast of characters, Salami in the leading role, cream cheese as a salami best friend and pepperoncini instead of green(bell) pepper as a bad boy.
What else to say?
To me, this looks like a good sequel.