The BEST Banana Pudding recipe you’ll ever try! No Bake Banana Pudding Lasagna made with layers of fresh bananas, Nilla wafers, fresh whipped cream, and vanilla or banana pudding! I love those recipes that we all grew up with, they are just too good to miss out on. 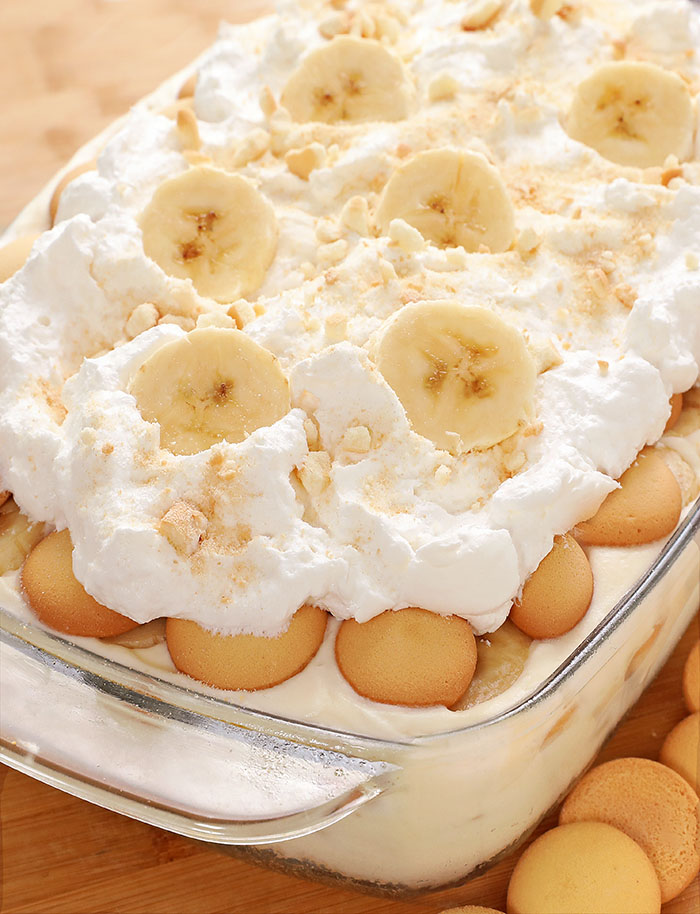 We are big fans of banana recipes.
We always have a bunch of bananas lying around so depending on their ripeness level, there are lots of recipes we make regularly like these :

No-Bake Banana Pudding Lasagna is much easier than I expected. It’s more of an assembly job than actual dessert making, so perfect for all skill levels, but plan ahead because it will need to refrigerate for at least an hour before serving! 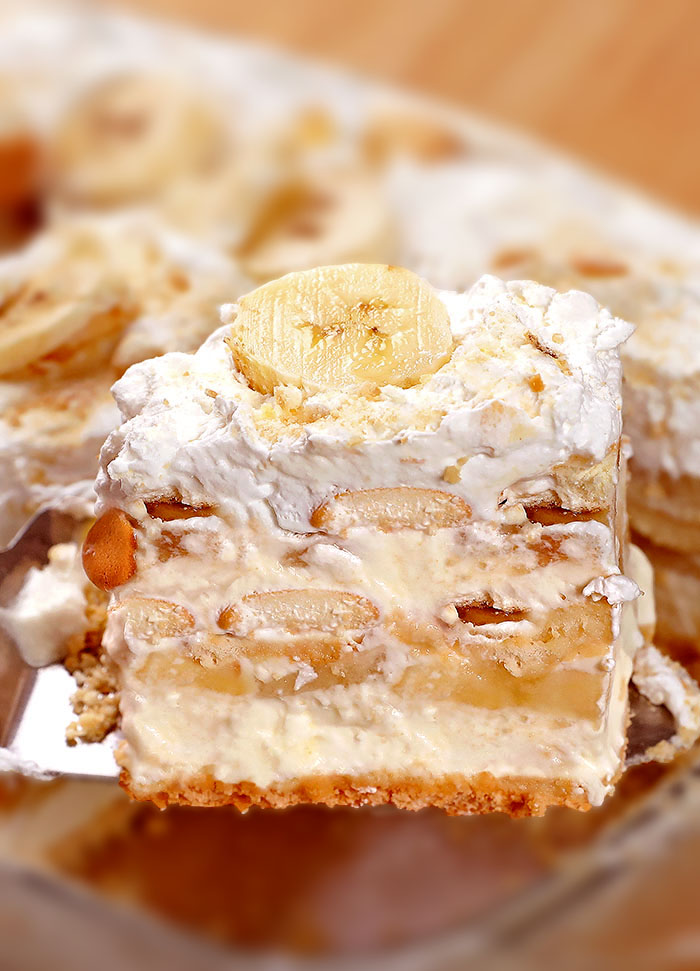 CRUST. Begin by crushing your Nilla wafers. For a very fine mixture, place wafers in your food processor. In a small bowl mix crumbs with melted butter and sugar. Press Nilla crumbs/butter mixture into the bottom of 9X13 pan to form a crust.

CHEESECAKE PUDDING CREAMY LAYER. Whip the cold heavy cream into stiff peaks. Beat the cream cheese until smooth. Mix in the whipped cream, vanilla, and sugar. Make the pudding, then add it to the cream cheese mixture.

ASSEMBLY LASAGNA Layer pudding, bananas, and vanilla wafers to create a “lasagna”.
Repeat the layers one more time and refrigerate!

WHIPPED CREAM  LAYER. Top off with the rest of your Whipped cream (or Cool whip if you like!). 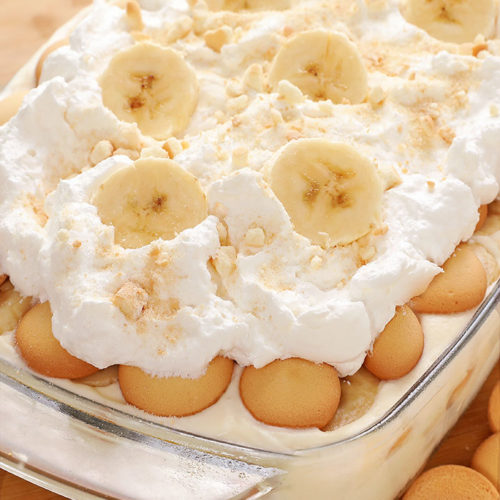 Keyword Banana Pudding, Easy Recipe, No bake dessert
Tried this recipe?Let us know how it was! 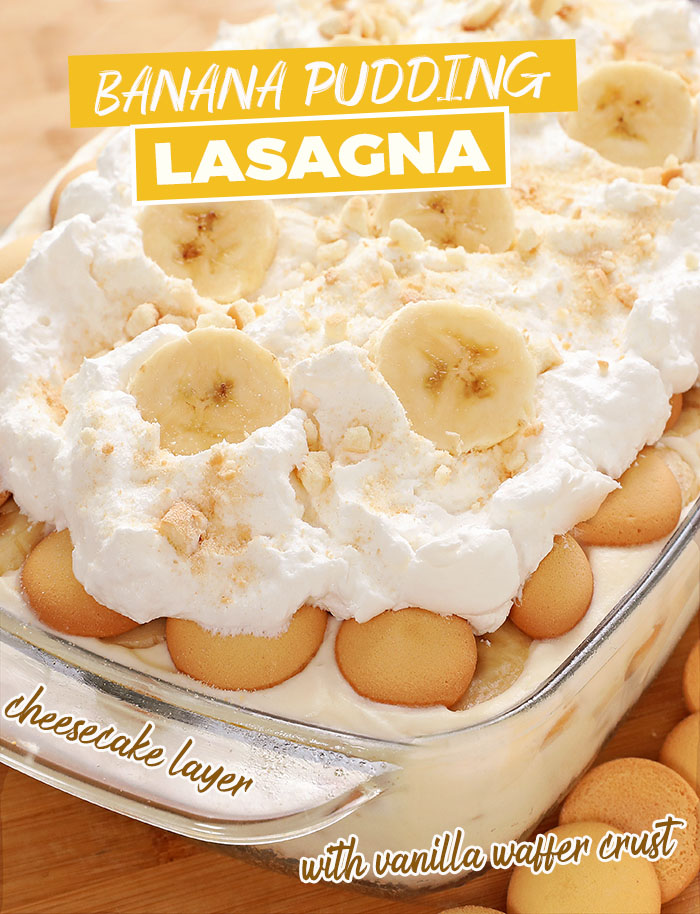 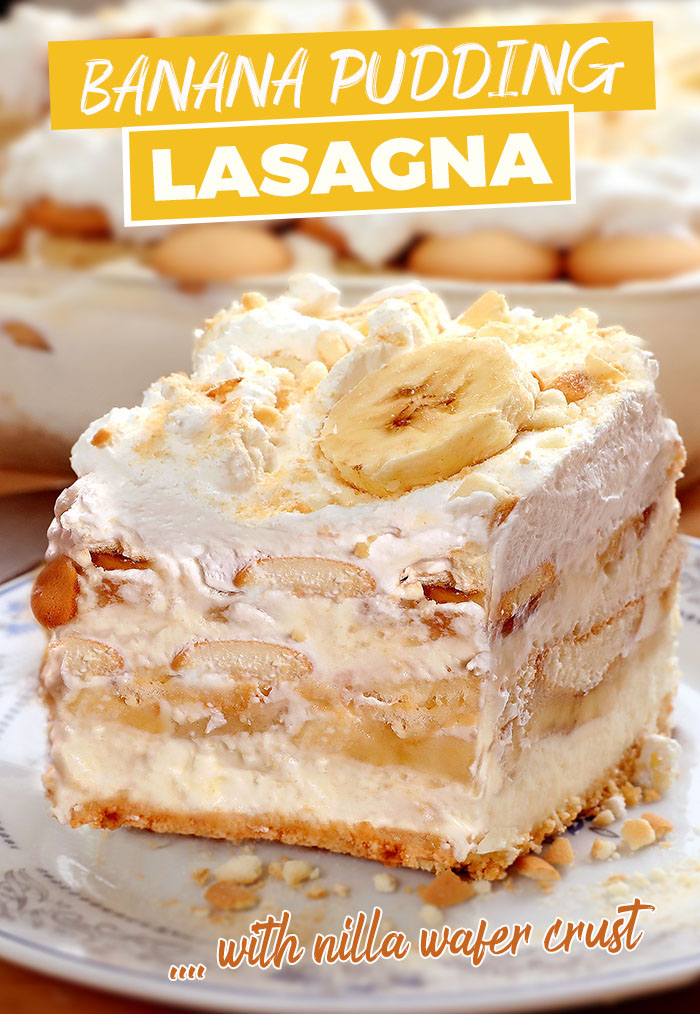